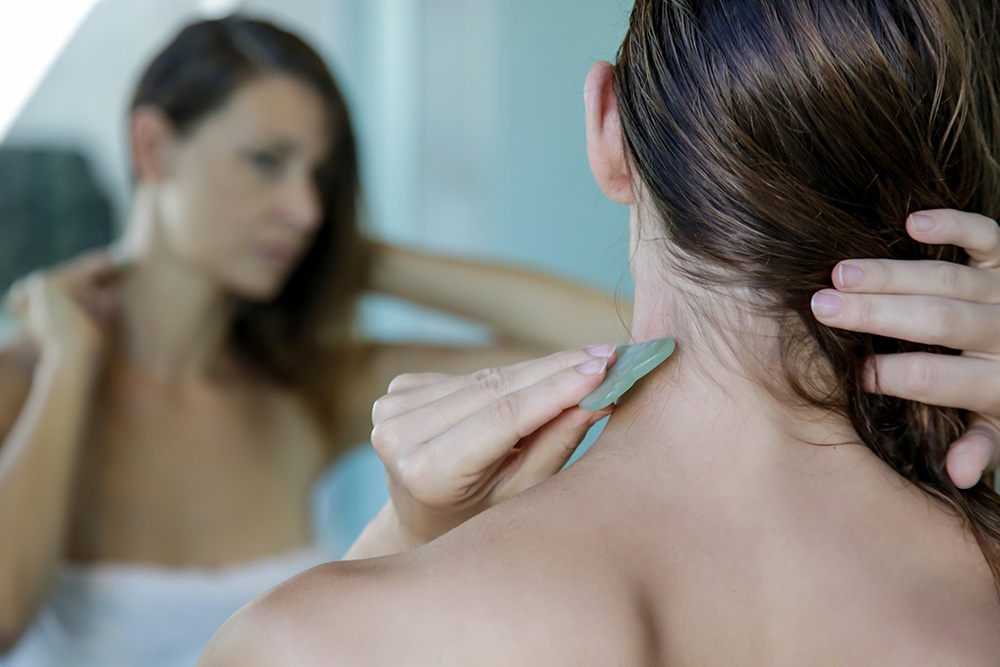 Gua sha is the practice of using a tool to apply pressure and scrape the skin to relieve pain and tension. The name gua sha (pronounced gwahshah) comes from the Chinese word for scraping. It may also be called skin scraping, spooning, or coining. According to traditional Chinese medicine, qi or chi is energy that flows through the body. Many people believe that a person’s qi must be balanced and flowing freely to ensure their health and wellbeing.

People also believe that qi can become blocked, causing pain or tension in the muscles and joints. Gua sha aims to move this blocked energy to relieve aches or stiffness. Traditional East Asian medicine also views blood stasis or stagnation as a cause of pain and illness. Another aim of gua sha is to move pooled or stagnated blood to relieve symptoms. Some physiotherapists use a version of the technique known as instrument assisted soft tissue mobilization (IASTM). Using a tool instead of the hands during a massage allows a physiotherapist to apply more pressure.